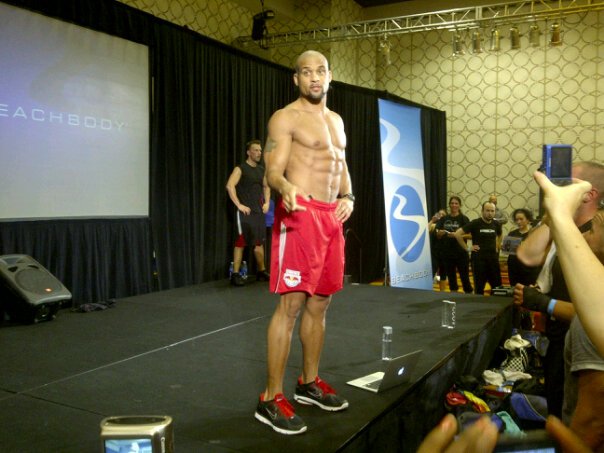 The 2011 Team Beachbody Coach Summit was amazing! Aside from all the great training, announcements, and celebrations, we got to work out live with our favorite trainers like Shaun T.

On Friday night, each trainer held individual workouts. We could choose from Shaun T., Tony Horton, Debbie Siebers, Brett Hoebel, Donna Richardson, and Leandro Carvalho. I went to the Shaun T. room! I knew it would be insane and I would get my butt kicked good!

Just five minutes into the workout, I was breathless. It was just the start of the warmup but Shaun T was working the group hard with high knees, Heisman side-to-sides and other insane moves! Lots of water was available and it was needed!

After the warm-up of about 10 minutes, we stretched and I was thankful for a brief reprieve. Working out with Shaun T. in the room is different than at home! I may slack off a little at home whereas I tried harder to keep up at the in-person workout!

The rest of the workout was a combination of moves from Insanity and Asylum! People were working hard to keep up and taking breaks due to the intensity of the workout. There was no stopping. Shaun came out in the group and pushed us to the max!

It was such an amazing exercise session! The next morning, we had over 2000 Team Beachbody Coaches outside at L.A. Live at 7 am for a Super Workout with top trainers. What a great time! We shut down an entire street in Los Angeles! Cameras were rolling, a news helicopter was overhead, and the crowd was ready! Each trainer came out for about 10 minutes to give their best moves to the group. Imagine over 2000 people working out together with the best trainers!

I was sore for a few days after those two workouts but it was so worth it! I can’t wait for Coach Summit 2012 at the MGM Grand in Las Vegas! It’s worth being a Coach just to go and have the best time ever! 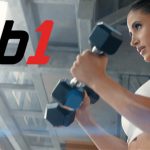 Want a new job? Jennifer Jacobs has the perfect job for you, taking care of your health and fitness. … END_OF_DOCUMENT_TOKEN_TO_BE_REPLACED