Hide Search
You are here: Home / Beachbody Success Story / Get Fit with Insanity Workout While Deployed

Joel was disgusted with what he saw in the mirror every morning. He needed a way to lose weight, get in shape, and pass an upcoming Army PT test. He found Team Beachbody, great fitness tools, and his Beachbody Coach, Lisa.

Even though Joel was an active duty soldier serving in Iraq, he and his coach managed to have numerous discussions via Internet chat. Lisa encouraged Joel and gave him the extra push he needed to get his life in gear. He needed a fitness program that did not require the use of weights and Insanity by Shaun T was a perfect choice. Although living in a tiny shared space with other soldiers, he managed to clear out enough room to do Insanity!

Joel started the Insanity 60-day workout workout program and over the next couple of months, he lost weight and got in great shape! By his sixth month of deployment to Iraq, he was at a healthy weight of 165.

All it takes is a little motivation and self worth! He and others have proven that you can get fit with Insanity workout while deployed. Joel had so much success reaching his fitness goal, that many soldiers in his platoon were asking him how he does it!

If you are active duty Military (U.S.), you can get a 25% discount by enrolling as a Beachbody Coach for free! Download the enrollment form and instructions. 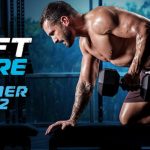