Hide Search
You are here: Home / Health / The Truth About Food

Food, Inc. is a new documentary due out in June 2009. This film shows you the truth about what we eat, how the food is produced, and who we have become as a nation. The truth is often shocking, especially after you learn that our nation’s food supply is controlled by a few corporations that sometimes place profit ahead of consumer health, the livelihood of the American farmer, and the safety of workers and our own environment.

What do you really know about the food you buy at local supermarkets and serve to your familiy?

Watch the trailer and don’t miss this documentary when it is released in June 2009! It could change your life! 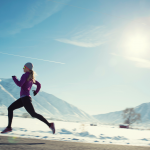 Now that winter is upon us, the temperatures are dipping and running is more of a challenge. In … END_OF_DOCUMENT_TOKEN_TO_BE_REPLACED