She stopped working out because she no longer made time for it and she did not eat the proper foods. Finally,a chance meeting changed her life. She bumped into her ex-husband and his new girlfriend. She looked great because she had completed P90X. So Barbara ordered P90X too. After receiving it, she was a little overwhelmed by the 90 days program. She opted instead for Slim in 6, the 6-week program Debbie Siebers programs

Barbara ran into many more problems during the course of her transformation with Slim in 6, but she completed the program and lost 11 pounds and 14 percent of her body fat.

Now that she completed Slim in 6, and got the results she wanted, she is starting P90X! She also won $1000 playing the Million Dollar Body Game!

Ready to get started with your own body transformation? Click here to try Slim in 6 now. 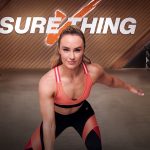 Are you ready to go all-in with your nutrition and fitness if you knew you could get results? You’ll … END_OF_DOCUMENT_TOKEN_TO_BE_REPLACED